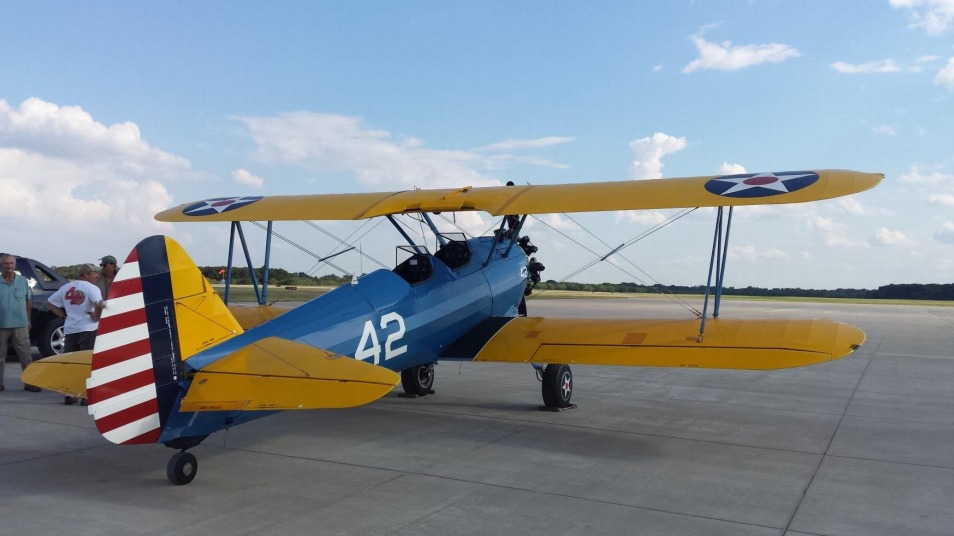 LCDR Phil Webb, U.S. Navy, brought his PT-27 Stearman to Terrell for the Fly-In. According to the logs, this airplane was originally used at the No. 1 BFTS during 1943- 1944. It was a joy to see it back where its career began. It was also a special moment for our two visiting RAF airmen, Nicholas “Axel” Foley and Pete Holt, to fly in the same plane that the former cadets flew during their training in Terrell.